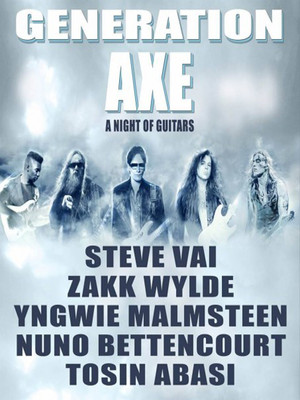 Five of the world's greatest rock guitarists together on one tour

After a successful tour across Asia, the five guitar gods return to America on this riffage galore latest Generation Axe tour. This awesome fivesome is headed by Steve Vai, who has honed his skills across numerous projects over the years, playing with David Lee Roth's post Van Halen supergroup, Whitesnake and Spinal Tap. There's a reason he was voted Greatest Guitarist in the World in a Guitar World readers poll a couple of years back.

ABSOLUTELY the worst I have ever seen Steve Vai in my life. I used to think... more