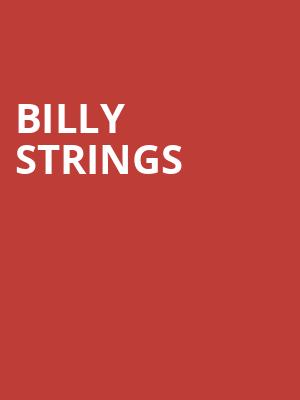 Billy Strings has been hailed as the future of bluegrass, transcending tradition and genre with his high velocity, flat-picking guitar technique and intense, confessional songwriting.

Bluegrass singer and guitarist Billy Strings released his first album 'Rock of Ages' in 2013 at the age of 21. He has gone on to be awarded the Momentum Award for Instrumentalist of the year by The International Bluegrass Music Association in 2016 and be named as one of the Top Ten New Country Artists to Know by Rolling Stone in 2017.

Influenced by his stepfather who has a music picker, Billy has been immersed in the Bluegrass music scene from a young age and released his latest studio album 'Home' last year. He prepares to embark on his nationwide tour.

Sound good to you? Share this page on social media and let your friends know about Billy Strings at The Fillmore.