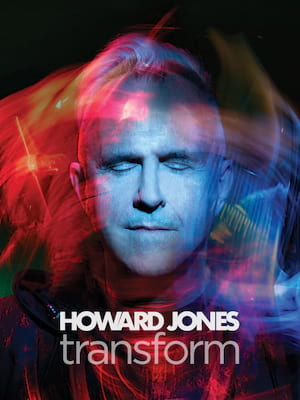 Howard Jones was one of the defining figures of mid-'80s synth-pop perfection. Jones' music merged the technology-intensive sound of new wave with the cheery optimism of hippies and late-'60s pop. Jones racked up a string of hits in the mid- and late '80s before he retreated into being a cult figure in the '90s.

Don't miss the 'What Is Love' singer on tour again in 2020, when he'll be presenting music from his most recent release, Transform and celebrating an astounding 35 years of his iconic double-platinum debut album, Human's Lib.

Sound good to you? Share this page on social media and let your friends know about Howard Jones at Saint Andrews Hall.