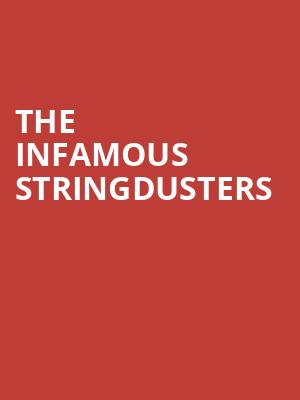 Described as the future supergroup, Infamous Stringdusters take to the road!

Why See The Infamous Stringdusters?

The Infamous Stringdusters Hit The Road!

The Infamous Stringdusters are at the forefront of a new movement in bluegrass music. Their unmatched virtuosity has enabled them to take acoustic music to a completely new level. Described as a future supergroup, phenomenon and flawless by bluegrass critics. Infamous Stringdusters are hitting the road with their jam band roots and their incredible instrumental sets on this incredible tour. The band states they're excited to feel the positive energy that is given off at every one of their shows.

Seen The Infamous Stringdusters? Loved it? Hated it?

Sound good to you? Share this page on social media and let your friends know about The Infamous Stringdusters at Royal Oak Music Theatre.