Sorry! You missed Memphis - The Musical at Fox Theatre 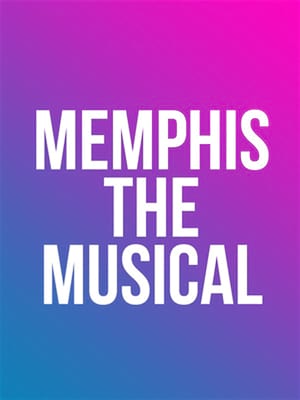 This wildly entertaining show wonderfully captures the spirit of these seminal figures who would go on to change the course of popular music."

Why See Memphis - The Musical?

From the underground dance clubs of 1950s Memphis, Tennessee, comes the hot musical that bursts off the stage with explosive dancing, irresistible songs and a thrilling tale of fame and forbidden love. This local production of the Tony and Olivier Award-winning musical Memphis has been lauded as the perfect musical, with catchy, original songs, a touching story, with heart and comedy and high-energy dance numbers that bring the underground R&B clubs of 1950's Memphis to life with marvellous aplomb.

With a book from Joe Pietro and the Music and Lyrics from David Bryan, Memphis is loosely inspired by the story of DJ Dewey Phillips, the first white DJ to play black music in the American South. Dewey is now Huey Calhoun, the all round nice guy, whose only passions include good music and the talented Felicia Delray. Against the backdrop of the turbulent cultural divide of the time, Memphis explores the beginning of the civil rights movements and how Huey and Felicia struggle against racial prejudice and the ambitions of their own careers, set to songs that are already modern classics!

What is Memphis About?

At Delray's, a black underground rock 'n' roll bar, Huey Calhoun discovers the music that is to influence the rest of his life. Later, after loosing his job in a record store for playing black music, he is snapped up by a radio station who can see his potential and his selling power. He quickly becomes the most popular DJ in the area, and his championing of black music begins to break down social barriers and paves the way for a musical revolution!

David Bryan, who wrote the music for the show, is a member of the rock band Bon Jovi.

Memphis may be inappropriate for children aged 12 and under.

Will Mann as Bobby

Totally amazed with the singing, acting and dancing of the entire cast.... more

Saw this musical yesterday and my friends and I where truly entertained! more

Sound good to you? Share this page on social media and let your friends know about Memphis - The Musical at Fox Theatre.