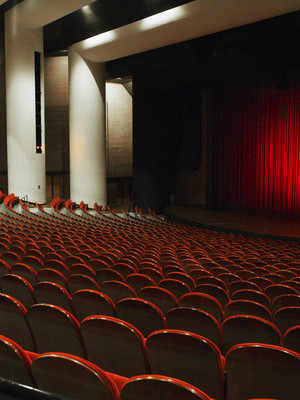 Hamilton is also touring to:

The biggest Broadway show since The Book of Mormon has hit the road on its first ever national tour! Written by Tony, Grammy and Emmy Award winner Lin Manuel Miranda, Hamilton is a true landmark of American culture, tearing up the musical theatre rulebook with a score that is equal parts Sondheim and Notorious B.I.G., and a cast of ethnically diverse actors in the roles of the Founding Fathers. The story centers on Alexander Hamilton, one of our most important (and colorful) characters, who rose from his humble orphaned beginnings to play a major role in making America the country it is today.

Hamilton made its New York debut Off-Broadway at the Public Theater in 2015, where it was met with universal acclaim and was extended three times due to public demand. It lost none of its potency in the subsequent Broadway transfer, with Ben Brantley of the New York Times writing it was "changing the language of musicals". President Obama himself deemed it good enough for not one but two visits! In 2016, it won the Pulitzer Prize for Drama and scooped 11 Tony Awards, including Best Musical, Best Score and many more! In 2018, it swept the Olivier Awards bagging seven of their record breaking 11 nominations.

WHAT IS HAMILTON ABOUT?

One of the Founding Fathers, Alexander Hamilton's story is an extraordinary one. Born out of wedlock in the West Indies, and orphaned by the time he was 11, he arrived in New Jersey in 1772 to begin his grammar school education. From there he played a major role in the American revolutionary war, rising through the ranks to become an aide to George Washington. But that was only the beginning of the great man's story, with the proceeding chapters in his life taking in everything from sex scandals, fatal duels and the creation of the American Constitution.

Hamilton didn't just conquer the stage, it took over the airwaves too! Its Grammy-winning Cast Recording was the highest charting album of its kind since 1963!

Two hours and 30 minutes, including intermission

Recipient of the prestigious 2016 Pulitzer Prize for Drama

This is theatre at its best!

This is what our reviewer, Nicola Quinn, had to say when she saw Hamilton on Broadway in 2015: Lin-Manuel Miranda was inspired by his love for 90's rap and hip hop, and Broadway - it's in this mash-up that we experience music which moves by lyrics, beats

Sound good to you? Share this page on social media and let your friends know about at Fisher Theatre.