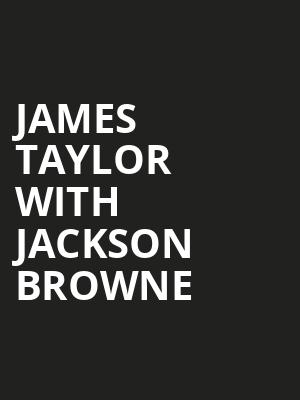 Today, Taylor remains, at age 70, one of the most impactful singer-songwriters in the American music canon, a wistful and winsome troubadour with sweeping cross-generational influence

Riding the crest of the transition between the tumultuous end of the summer of love and the psychedelic, navel-gazing 70s, James Taylor is the name that comes to mind when thoughts turn to the concept of the quintessential songwriter. Five decades later, the five-time Grammy-winning Rock and Roll Hall of Famer is still writing, releasing and touring - don't miss him when he hits the road with fellow folk-rock icon Jackson Browne this summer! The tour comes fresh off the back of Taylor's 19th studio album American Standard.

Taylor started his ascent into the stratosphere with his breakthrough single 'Fire and Rain' in 1970 and over the course of his career became one of the best selling music artists of all time thanks to his heartfelt songcraft,  genial, infectious charm, and wholesome lyrical themes about kith and kin. On tour, the wise-cracking muso is sure to enchant with his guitar and voice-led classics as well as regale his adoring crowds with anecdotes and stories from his time as one of America's greatest and best-selling living musicians

Seen James Taylor with Jackson Browne? Loved it? Hated it?

Sound good to you? Share this page on social media and let your friends know about James Taylor with Jackson Browne at DTE Energy Music Center.