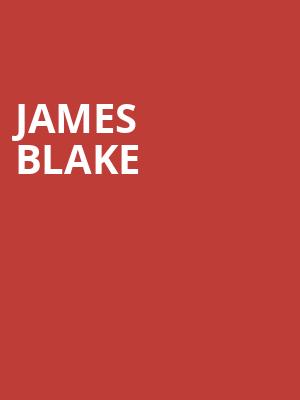 Blake is back out on tour!

FRiends that break your heart

Coming to prominence in England in 2010 following his self-released trio of dubstep-inspired singles, electronic producer/artist James Blake has won a worldwide following that saw him nominated for a Grammy in 2014 within a relatively short career until then. Now having announced his fifth studio album 'Friends That Break Your Heart', Blake is hitting the road to bring his talent and entertainment to you!

Hitting the top ten in countries across the globe Assume From was Blake's first album since his 2016 hit The Colour in Anything. Having worked with the likes of Jay-Z and Bon Iver, Blake's electronic infused R&B style has made him one of the music world's most acclaimed artists.

Sound good to you? Share this page on social media and let your friends know about James Blake at The Fillmore.