Sorry! You missed Ernie at The City Theatre 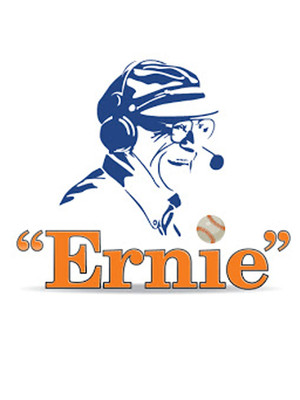 Could any man want a better epitaph?

A must-see for any baseball fan

Ernie is set on the great man's last ever night at Comerica Park in 2009, when the Hall of Fame broadcaster is about to give his thanks to a proud and loyal city. However just as he is about to walk onto the field, a small boy appears out of nowhere, and begs him to tell his life story, and one final broadcast, just for him. What follows is a mesmerising trip back down memory lane as we venture into Ernie's past and obsession with the game, helped by projections of actual footage from historic baseball moments (supplied courtesy of Major League Baseball) and makes use of many of his unmistakable calls.

HOW DID THE PLAY COME ABOUT?

Before his death in 2010, Harwell and author Mitch Albom had spoken often about doing a stage play about his life, having known each other for 25 years. However the plans were put on ice when in 2009, Harwell's health dramatically worsened. Spurred on by the loss of his friend, Albom picked up the pen in the same year, and in 2011 the first performance of Ernie was staged in Detroit - a fitting tribute to a broadcasting legend and a bygone age of baseball lovers. Now in its fourth season, theatergoers are returning again and again to see Peter Carey take up the flatcap and microphone as Ernie.

Suitable for most ages

Baseball fans get ready for a ride! Not just for Tiger fans, but for all... more

We loved this play. It brought back many good memories of Ernie and the... more

Sound good to you? Share this page on social media and let your friends know about Ernie at The City Theatre.