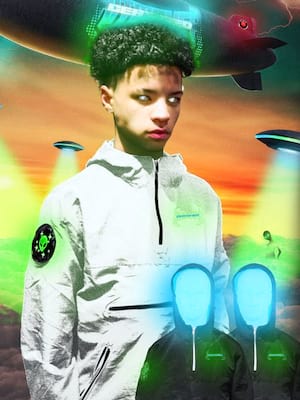 The young star solidifies himself as a 'Certified Hitmaker' with his new album.

The US leg of Lil Mosey's 'Certified Hitmaker' tour

17-year-old rapper Lil Mosey broke out onto the music scene in 2018 with his debut album Northsbest. That same year, the young rapper was featured in hip hop magazines XXL's 2019 Freshman Class, performed as the opening act on late rapper Juice Wrld's WRLD Domination Tour and performed at Rolling Loud.

This world tour is named after the rapper's latest album 'Certified Hitmaker' which features artists Chris Brown, Trippie Redd and Gunna. The rising rap star begun where most of his peers did in this digital age, Soundcloud. On the platform, Lil Mosey gained millions of streams and had a viral hit with his 2017 single 'Pull Up.'

The Come Up Show Used under Creative Commons License

Sound good to you? Share this page on social media and let your friends know about Lil Mosey at Saint Andrews Hall.