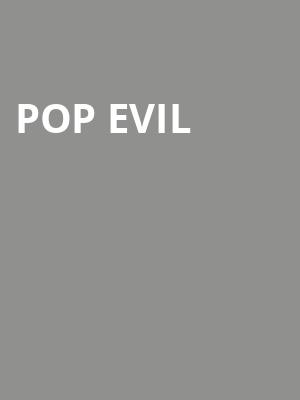 For rock band Pop Evil, the name of the band isn't just a name, but a way of life. When rock music was on the decline in the early 2000s, the group felt the need to be crusaders for the genre.

Don't Miss Pop Evil on Their Upcoming US Tour

American rockers Pop Evil are hitting the road in a brand new tour! Formed in 2001 the five-piece were a stalwart of the club scene before recording and releasing their debut album, "War of the Roses", in 2004. Since getting signed by G&G Entertainment in 2008 the band has garnered a loyal fan base.

Now with over seven albums to their name the group have tasted the sweetness of success and have also garnered the Radio Contraband Rock Radio Award for "Song of the Year" for their single, "Trenches" in 2013! With their albums now a staple at the top of the US Rock album charts, don't miss your chance to see Pop Evil live!

Sound good to you? Share this page on social media and let your friends know about Pop Evil at Royal Oak Music Theatre.