You can catch Bone Thugs N Harmony at Roxian Theatre in McKees Rocks, showing May 9, 2020 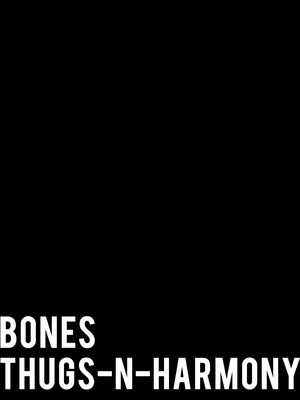 The legends take their beats on the road

Hip-Hop legends Bone Thugs N Harmony are heading out on tour, bringing you their plethora of big tunes and even bigger personalities. Honoured with numerous awards, the five-piece are one of the most influential groups in the world.

Originating from Cleveland Ohio, the group garnered a Grammy award back in 1997 for "Tha Crossroads" and are
best known for their fast-paced rap combined with vocal harmonizing. The group have had a string of hit albums including E-1999 Eternal which was the bands most successful album, selling more than ten million copies!

They have also collaborated with many of the most famous names in music including 2pac, Notorious B.I.G and The Big Punisher. The group released their own biopic in 2007 titled 'I tried' during which they each gave interviews about their lives.

Don't miss your chance to see these legends live!

Some venues are age restricted please check with the venue before purchasing tickets.

Bone thugs took to the stage with perfect harmony. more

Sound good to you? Share this page on social media and let your friends know about Bone Thugs N Harmony at Motorcity Casino Hotel.