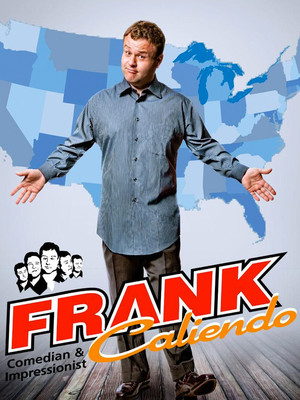 A combination of Robin Williams and Jim Carrey

America's top impressionist and comedian Frank Caliendo tours the US, coming to in , , The Chicago native has become well known for his hilarious and extremely accurate impressions of a variety of American sports commentators, politicians and celebrities including Morgan Freeman and John Madden.

Caliendo's career highs include work on popular Fox Network TV show MADtv and appearances on the Tonight Show with Jay Leno and the Late Show with David Letterman. When on stage, the comedian's frenetic and quirky routine consists of intelligent observations, impressions and characters all while maintaining the laugh-a-minute, break-neck speed of the show with great skill and ease.

Sound good to you? Share this page on social media and let your friends know about Frank Caliendo at MGM Grand Detroit Event Center.