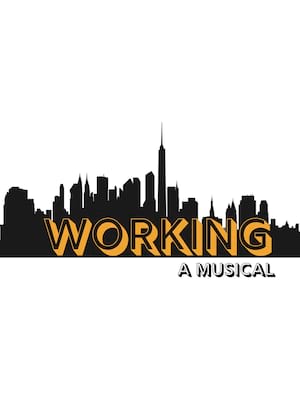 Based on Studs Terkel's best selling book of interviews with American workers, Working paints a vivid portrait of the men and women that the world so often takes for granted.

Why See Working - A Musical?

When author Studs Terkel released his book 'Working' in 1974 it went on to become a bestseller. The book consists of first-hand interviews with everyday workers including a waitress, schoolteacher, phone operator, mill-worker and housewife. It sees a musical adaption from composer Stephen Schwartz and director Nina Faso and will come to Meadow Brook Theatre Rochester's stage in February. Spring 2020 sees Rochester's Meadow Brook Theatre presents the musical, adapted by Steven Schwartz and Nina Faso, including new songs from Lin Manuel Miranda, James Taylor, Craig Carnella and more!

The story first hit the stage as a musical in Chicago in 1977 before entering Broadway in 1978. It was nominated for numerous Tony Awards and received two Drama Desk Awards.

Seen Working - A Musical? Loved it? Hated it?

Sound good to you? Share this page on social media and let your friends know about Working - A Musical at Meadow Brook Theatre.