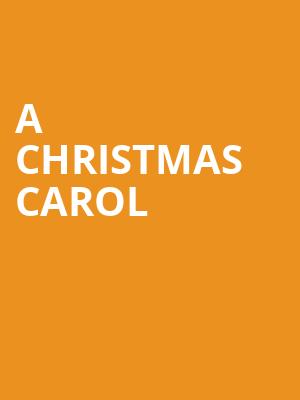 Photo by Terry Jaskiw on Unsplash

an outstanding production of A Christmas Carol... which brings to life the words of Charles Dickens in a magical way that is sure to create wonderful holiday memories for all who attend!

Why See A Christmas Carol?

What better way to kick off your holiday season than by seeing the Meadow Brook Theatre's long-running production of Charles Dickens,' A Christmas Carol! Now celebrating 40 years, this show has captured the hearts of audiences throughout Detroit.

Penny-pinching and bad-tempered old miser Ebenezer Scrooge goes on the adventure of his life, from his past to his present and beyond, and learns that the value of gold will never equal that of genuine love for his fellow men. The classic tale thrills with its beloved characters and message of compassion, love and kindness, and of course, Christmas spirit!

Ever since Charles Dickens first penned A Christmas Carol in 1843, it has seen myriad stage adaptations and the popularity of this tale of redemption and second chances has seemingly never waned. From stage to screen, opera to a one-man show, it is one of the most influential Christmas shows and a traditional holiday outing that defines the joy of the Yuletide period for most of us. Don't miss this 33rd outing of Charles Nolte's beloved adaptation. With Thomas D. Mahard as Scrooge, let Meadow Brook Theatre take you away with this wonderful tale of salvation and love.

Bah! Humbug! What is A Christmas Carol About?

Ebenezer Scrooge doesn't see the point of letting his employees have a day off for Christmas, not even kind Bob Cratchit, whose son Tiny Tim is very sick. Eventually, he is convinced and retires to his room to pass Christmas Eve as he usually does, alone. But this Christmas is different. He has a visitor for a change, the wretched soul of his former business partner Jacob Marley. Doomed to wander the earth for eternity for his sins in life, Marley warns Scrooge of 3 impending visitations.

Not suitable for children under five years of age

Approximately two and a half hours including intermission

I took my children to see this play and they absolutley loved this performance.... more

Sound good to you? Share this page on social media and let your friends know about A Christmas Carol at Meadow Brook Theatre.