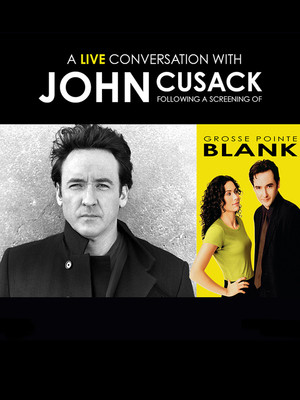 A screening followed by a Q&A with Cusack

Give it a Shot

Actor John Cusack (High Fidelity, Say Anything) presents a screening of one of his most iconic movies, Grosse Point Blank, followed by a conversation and an audience Q&A.

Released in 1997, Grosse Point Blank is that rarest of films - a successful action comedy. The story centers Cusack's hitman Martin, who has become disillusioned with his line of work. Looking for a change of scenery, he accepts an invitation to a high school reunion. Back in his hometown, he reconnects with an old girlfriend (Minnie Driver), but his work won't let him get away that easily, with both the NSA and rival assassins showing up to put a dampener on his new found happiness.

Sound good to you? Share this page on social media and let your friends know about John Cusack at Masonic Temple Theatre.