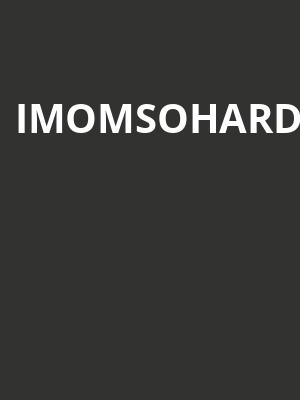 Photo by Matt Botsford on Unsplash

A dinner party with 400 friends!

Grab your shapewear and crack open the wine! Kristen and Jen are heading back out on tour with their IMomSoHard show. After their successful first IMomSoHard in 2017 Kirsten and Jen bring their uniquely hilarious outlook on life to audiences across the country. There may be many mommy bloggers sharing their insights right now, but none are quite as watchable as this duo, who've cranked up over 25 million views on their videos, covering everything from Spanx to pesky nipple hairs and telling it exactly like it is!

Utterly relatable and full of handy 'Mom Hacks' Kristen Hensley and Jen Smedley are two Nebraska natives who met on the comedy scene in Los Angeles. Citing their videos as an extension of hanging out and swapping toddler war stories, they've gained a massive online following in the last year.

Seen IMomSoHard? Loved it? Hated it?

Sound good to you? Share this page on social media and let your friends know about IMomSoHard at Masonic Temple Theatre.