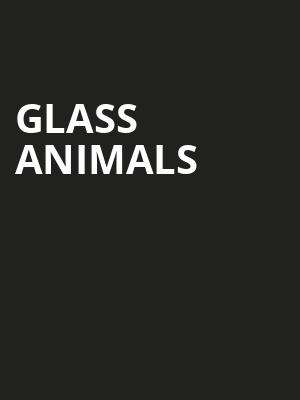 ...one of the most exciting bands in Britain.

Hailing from Oxford, England, Glass Animals set the Brit Indie scene alight in 2014 with their bold debut album Zaba, a deliciously decadent offering that showcased the groups considerable talent for creating slow-burning and sexy Indietronic anthems. Join them on tour as they traverse North America to spread their indie charms!

Widely touted as Indie's Next Big Thing, the band's heady mix of rumbling bass lines and soulful vocals, as well as a penchant for theatre and showmanship, makes for an arresting and often euphoric live show. Frontman Dave Bayley imbues his emotive vocal delivery with an undeniable charisma, translating into an electric connection with his audience. Don't miss these stars as they rise to meet bigger things!

Sound good to you? Share this page on social media and let your friends know about Glass Animals at Freedom Hill Amphitheater.