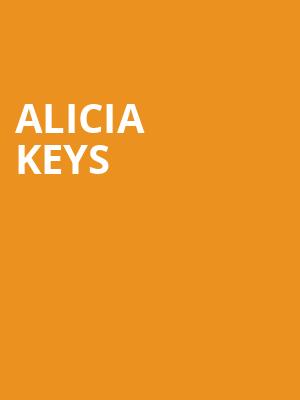 Alicia Keys is back and better than ever!

Now five years since the release of her last album ("Here") Grammy award-winning singer-songwriter, composer, pianist, poet, and actress Alicia Keys returns with her brand new album, "Alicia" in 2021! In celebration of the release of this much anticipated seventh record, Keys is FINALLY hitting the road on a huge world tour in summer 2021!

With tracks like "My Boo", "Girl On Fire" and "Empire State of Mind" all under her belt, Keys is one of the globe's biggest music artists. Bursting onto the scene with 2001's number one selling album "Songs In A Minor", Keys has also one of R&B's most decorated singer-songwriters with a total of twelve Grammy Awards, five American Music Awards and nine Billboard awards to her name!

Don't miss your chance to see this world superstar in this extra special tour!

Sound good to you? Share this page on social media and let your friends know about Alicia Keys at Freedom Hill Amphitheater.