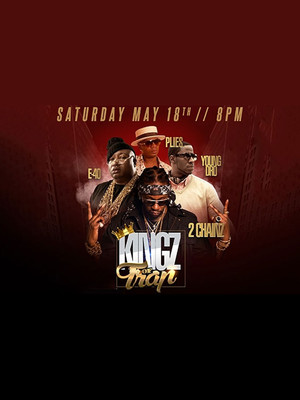 For the best part of a decade, 2 Chainz has been obliterating guest verses with an admirable consistency. Whenever the Georgia rapper pops up on a track, you know it's going to be worth your time

Widely acknowledged as one of the most in-demand collaborators in hip hop, Georgia rapper 2 Chainz has turned the guest verse into an artform, popping up on smash hit after smash hit. Alongside landing verses on Kanye West's 'Mercy' and Nicky Minaj's 'Beez In A Trap', he built a stellar solo career championing southern trap, innovating and introducing the genre to the mainstream through albums including 'ColleGrove', 'Pretty Girls Like Trap Music' and 'Rap or Go To The League'.

Sound good to you? Share this page on social media and let your friends know about Kingz Of Trap - 2 Chainz, E-40, Plies at Fox Theatre.