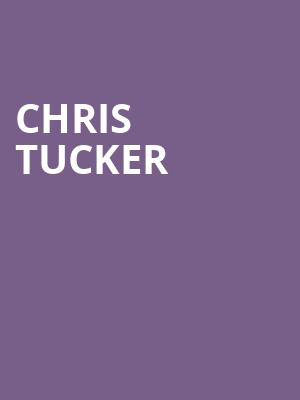 Chris Tucker proves time and time again that you don't have to use profanity to be funny.

The highly raved about stand-up comedian, Chris Tucker, hits the road with his legendary comedy act. There is nothing tranquil about comedian/actor Chris Tucker. A limber, wiry fellow with a high-pitched voice and a delivery as fast as a mosquito's wing beats, he seems energy incarnate.

He is probably best known for playing the role of Detective James Carter opposite Jackie Chan in the Rush Hour film series, although he started out on the Def Comedy Jam at age 20, where his love of stand-up brought him widespread acclaim. Since his $11m run-in with the IRS in 2010, he has walked away from movies after Rush Hour 3 flopped (apart from his critically acclaimed appearance in Silver Linings Playbook), but his return to stand-up comedy is a welcome one, and his genial persona in no way alienates his audience by relating this experience.

I'm so excited to see Chris Tucker live! he still has it. he's just as... more

John A: “Once again”

I seen him last year here at the Verizon center he’s was hilarious then... more

Sound good to you? Share this page on social media and let your friends know about Chris Tucker at Fox Theatre.