Sorry! You missed The Band's Visit at Fisher Theatre 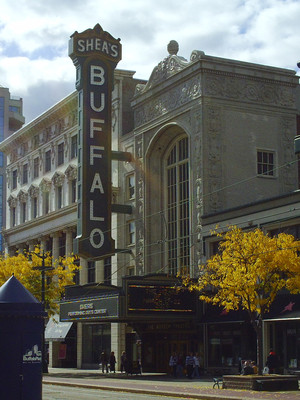 The Band's Visit is also touring to:

Boredom has never sounded sexier than it does in 'The Band's Visit', the beautiful musical by David Yazbek and Itamar Moses... includes one of the season's most exquisitely wrought score.

Why See The Band's Visit?

Having left Broadway spellbound, the exquisite, and ten-time Tony-winning musical from Itamar Moses and David Yazbeck is out on tour. A hit with critics and audiences alike, follow the fortunes of an Egyptian Police Band as they are stranded overnight in an isolated town in the Israeli desert due to a language mix up. Stuck waiting for the next bus and with no hotels in town, it falls on the friendly and curious locals to take in the musicians, where each side discover more about themselves and their shared humanity.

Adapted from the award-winning 2007 film, Tony-winner Yazbeck has crafted a new original score capturing life, loss and the enchantment of the desert, alongside Moses' touching and heart-warming book. A Critic's pick in the New York Times, prepare to be moved by a show the paper called, "One of the most ravishing musicals you will ever be seduced by."

WHAT IS IT ABOUT?

Based on the 2007 critically acclaimed movie by Eran Kolirin, this new musical adaptation sees two very different cultures mesh together throughout the course of one night. A simple spelling mistake at the Egypt/Israel border sees the Alexandria Police Band redirected to the wrong town, where there is no public transport, nor hotels. Taken in by the charitable restaurant owner as they discuss their predicament, the band are invited to stay at his various relatives' homes overnight. Love is in the air for one member of the band, which culminates in an enchanting evening at the local ice-skating rink. The others realise that their lives are changed forever after this change in circumstance.

Some images are taken from the original Broadway production and may not reflect the national touring cast.

Outstanding Production of A Broadway Or Off-Broadway Musical

Oustanding Sound Design in a Musical

Outstanding Sound Design in a Musical

Just as song might sweep you away into an unexpected mood so too does Tewfiq's band as their music infiltrates into the lives of these people - and the audience!

Our Broadway reviewer Nicola Quinn saw The Band's Visit in New York City - here's what she thought! "One of my favorite things to do is step into a cinema or theatre having no idea about the narrative that is about to unfold or the "word on the street".

This was a beautiful, don't listen to people calling it boring. It's thoughtful,... more

This is not your everyday traditional "mainstream" musical (e.g. cats,... more

Sound good to you? Share this page on social media and let your friends know about The Band's Visit at Fisher Theatre.