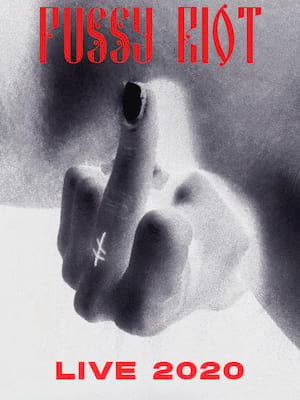 ...the show was one-part concert and one-part political spectacle

The Feminist Punk Icons Take The US

In 2012, feminist punk collective Pussy Riot made world headlines when they were arrested in their native country of Russia for a rebellious performance staged in Moscow's Cathedral Of Christ The Saviour. When three members were imprisoned for their criticism of Putin and the Russian Orthodox Church, the group became a global movement. Don't miss their subversive mix of activist art and raw punk music during their 2020 Tour of North America.

In December 2017, the band crossed the Atlantic for their first-ever American show, modifying their protests to focus on Trump and his policies. Donning their trademark colorful balaclavas, the troupe fused electro-pop, rap and the distorted fuzz of punk, playing live instruments alongside choreographed movements laden with political symbolism. Now they're back on US shores and ready to riot from coast to coast.

Sound good to you? Share this page on social media and let your friends know about Pussy Riot at El Club.