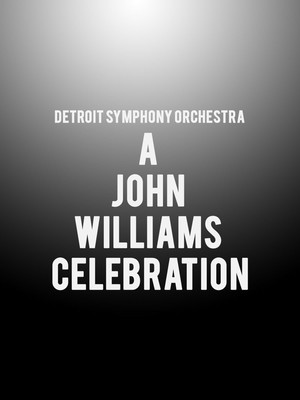 John Williams has remarkably been nominated for an Academy Award more than 50 times. Everyone will have a favourite film score by Williams

Having transitioned to the role of Music Director Laureate in the Detroit Symphony Orchestra's 2017/18 season, Maestro Leonard Slatkin returns to the podium to kick off a three week festival celebrating the music that has shaped America.
Conducting the ensemble through a sonic tribute to the music of composing icon John Williams, Slatkin welcomes principal oboist Alexander Kinmouth to the spotlight for Williams' Concerto For Oboe, a richly harmonized piece filled with the wistful melodies Williams has become known for in the course of his stellar 60 year career.

The program also features his score for the 2013 feature film The Book Thief, a coming of age tale set in the harrowing Nazi regime. Fusing the heart-rending with the profound, the dramatic and a sense of childlike innocence, the remarkably beautiful work packs an emotional punch. The DSO will slot in other beloved compositions from the classic Williams canon throughout the evening.