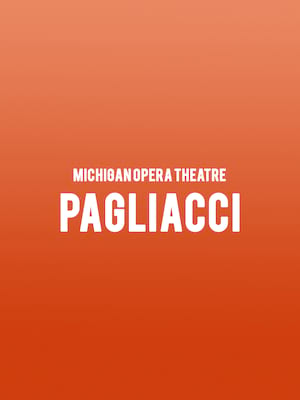 Love, betrayal, revenge and tragedy - this opera's got it all!

Pagliacci revolves around the turbulent relationships between members of a commedia del arte troupe which include seemingly happy married couples Canio and Nedda, and Tonio and Beppe. But the course of true love never did run smooth... Nedda is embroiled in a torrid affair with fellow actor Silvio, and they pair plan to elope. To make matters worse, Tonio is also in love with Nedda, but she spurns him. In an act of revenge, Tonio tells Canio about her affair, setting off a spiral of revenge and blood.

Sound good to you? Share this page on social media and let your friends know about Michigan Opera Theatre - Pagliacci at Detroit Opera House.