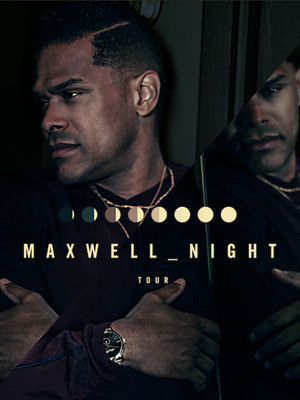 Neo-soul legend on the road!

Emerging in the 1990s, the Brooklyn-born Maxwell is credited as being a major force in shaping the neo-soul genre, which also included artists like D'Angelo and Erykah Badu. Termed the 'Marvin Gaye of the 90s' by the press, Maxwell expertly interweaves modern beats and production with an old school soulful emotion.

Throughout his illustrious career, Maxwell has released five studio albums (four of which hit Platinum status!) garnering three Grammy awards and sixteen top ten US singles! Being the influence of many an artist, don't miss your chance to see this living legend live!

If I could give this concert a 10 I would. Maxwell never disappoint. ... more

I concur with the other review 10 plus. Maxwell was fabulous and so exciting... more

Sound good to you? Share this page on social media and let your friends know about Maxwell at Aretha Franklin Amphitheatre.